Sweltering in the Old World: The European heat wave of 2003. 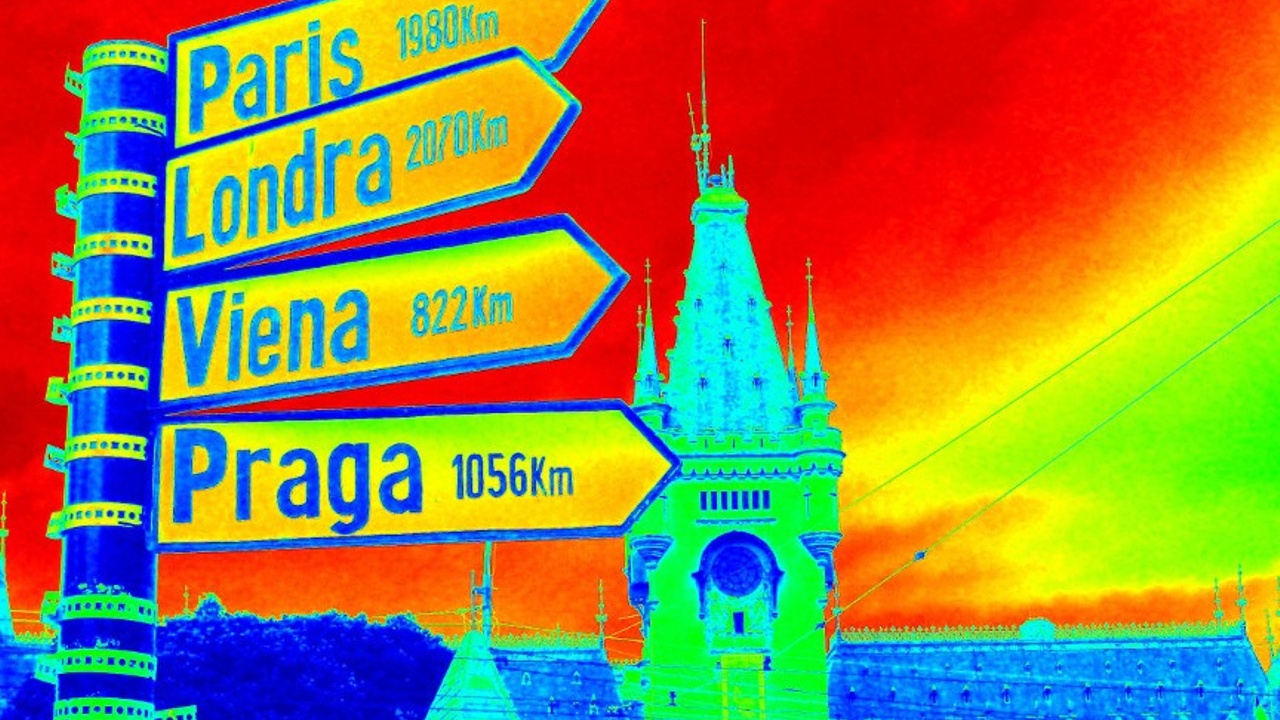 On August 10, 2003, a thermometer in Faversham, Kent, in England, registered 101.3° F (38.5° C), the highest temperature ever recorded in the UK until it was finally exceeded on July 25, 2019 (101.7° F / 38.5° C). It was the worst day of a heat wave that was remembered across Europe as the worst the continent had experienced in living memory up until that time. For two weeks at the beginning of August the punishment continued unrelenting. Pavements and ancient cobblestone streets shimmered with heat from Rome to Scotland. In the midst of drought, great European rivers like the Loire and the Danube were lower in their banks than many had ever seen. But it was more than just a stretch of uncomfortable weather where it was hard to sleep or get any meaningful relief. The terrible heat wave was also very deadly. Across the continent as many as 70,000 people died--the same number of people killed by the Hiroshima bomb in 1945. Just imagine that: a heat wave as deadly as a nuclear strike.

France was the worst-hit by the catastrophe. Almost like a killer disease, the soaring temperatures sought out the most vulnerable members of society, especially in urban areas: the elderly. Thousands of old people, trapped in their houses with no place to go, suffered strokes, seizures, heart attacks or simply collapsed from exhaustion and dehydration. Apartments and houses where elderly people lived grew ominously silent--in many cases when family members or concerned neighbors opened their doors they found only corpses inside. Strangely, the elderly who died in this manner were generally stronger and healthier than many who were weaker and required constant care, such as in nursing facilities or private homes living with family members. People under those circumstances tended to survive because their caretakers monitored them constantly. The more independent elderly who lived alone away from family members died in much greater numbers. By the time the disaster was over almost 15,000 French citizens were dead. Paris hospitals spent weeks sorting out the bodies. In September there were still dozens unclaimed, who were buried in a mass grave, again like in the plagues of the Middle Ages.

This short documentary details the heat wave in France and how authorities adapted to it.

It wasn't just France, either. Thousands died in other countries, such as Germany, Portugal and the UK. In Italy the soaring temperatures were accompanied by high humidity, making the hot days even more excruciating. While weather stations kept meticulous track of the temperatures, unofficial records often showed even higher temperatures than the official stations. In some parts of Europe it may have gotten as hot as 107° F. Switzerland logged an official high of 106.7° on August 11. This is a country known for skiing, chalets and chocolate. It was a bizarre state of affairs.

The many thousands who died in this catastrophe were doomed not just by the meteorological conditions that caused the heat, but also by Europe's own climate history. Even in the deep summer, most nights in Europe are relatively cool even if days are hot. If you have an apartment in an old stone building, say, in Paris or Rome, though it will be very hot during the day, opening the windows at night will allow the heat to escape and "recharge" the thermal system, also providing the occupants of the building some physical relief. Buildings have been constructed in Europe for centuries to maximize this feature--the villas of the Roman Emperors in the hills away from Rome, for instance, were specifically constructed to remain cool in Italy's usual summertime climate. In 2003, however, an unusual high pressure system across Europe kept nighttime temperatures unusually high. Brick and stone buildings sucked up heat during the day and just held onto it at night, essentially becoming ovens that slowly baked their inhabitants day after day, night after night. Air conditioners aren't common in European homes; cool nights means they don't generally need them. Undoubtedly what happened in 2003 was something new in the European experience. 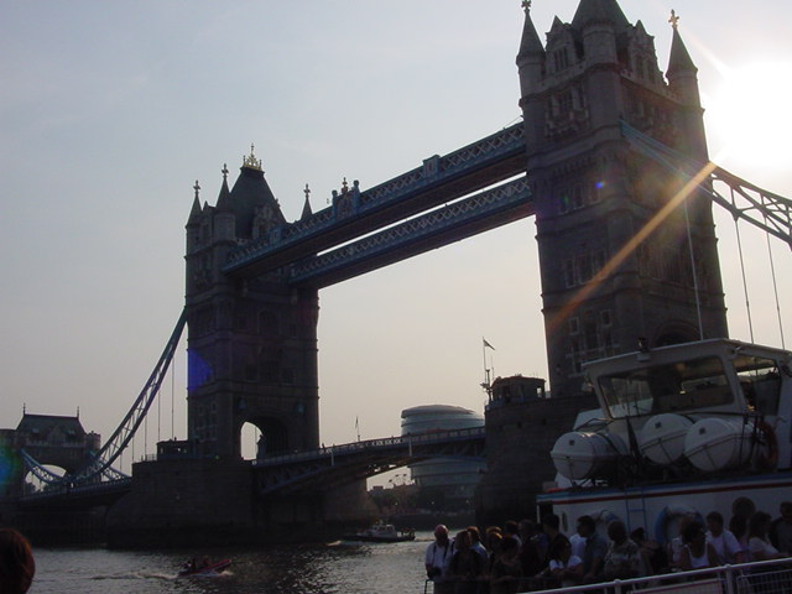 The blaze of the sun behind Tower Bridge in London attests to the unusual heat. I took this picture a few days before the high temperature record was set in August 2003.

So what was so different about 2003? The answer, in two words: climate change. Higher latitudes suffer from the effects of climate change much more than tropical areas do. That's logical; a generally 2° hotter-than-average summer isn't going to be noticed that much in, say, Sao Paulo, but in Stockholm it's a lethal catastrophe with the potential to kill tens of thousands of people. After 2003 meteorologists and climatologists began to predict that such extreme events were going to happen with much greater frequency in the 21st century than in the previous centuries. Events proved them correct: another killer heat wave struck Europe in June 2006, with temperatures not quite as high as three years previously, but not far off either, and another heat wave torched the continent in 2019. National governments and municipalities began developing plans to warn and evacuate vulnerable people, especially old people, to cooling centers like shelters or air-conditioned businesses in case of a heat wave. This has been done in the United States for years, but it was never needed before in Europe. Now it is.

As it turned out, I was in Europe at the beginning of this catastrophe. At the very end of July I went to the Wacken Open Air metal festival in northern Germany, and after that some friends and I spent time in Amsterdam and eventually London. It was hotter than usual at Wacken, which is in Schleswig-Holstein, but things really got bad in London. It was 99° the day we left, which I believe was about August 6 or 7. It was very clear, just from walking around and talking to locals, that the terrible heat was extremely unusual for them. Few places had air conditioning. In Germany I remember sleeping with a wet towel spread over my body to provide some relief, and the mosquitoes emanating from the canals in Amsterdam were worse than usual (according to the locals). Getting on an air-conditioned plane back to the States was a relief. But for thousands across the continent, there was no relief. I was rich and lucky. For many who were neither, those terrible hot days in August 2003 were their last--and many died in misery. They were among the first of what will undoubtedly be a very long list of climate change casualties of the 21st century.

The header image in this article is by Flickr user CamellaTWU and is used under Creative Commons 2.0 (Attribution) license. It has been cropped from the original. The London photo is owned by me, all rights reserved.