Oswald acted alone: faith vs. fact in the assassination of John F. Kennedy. 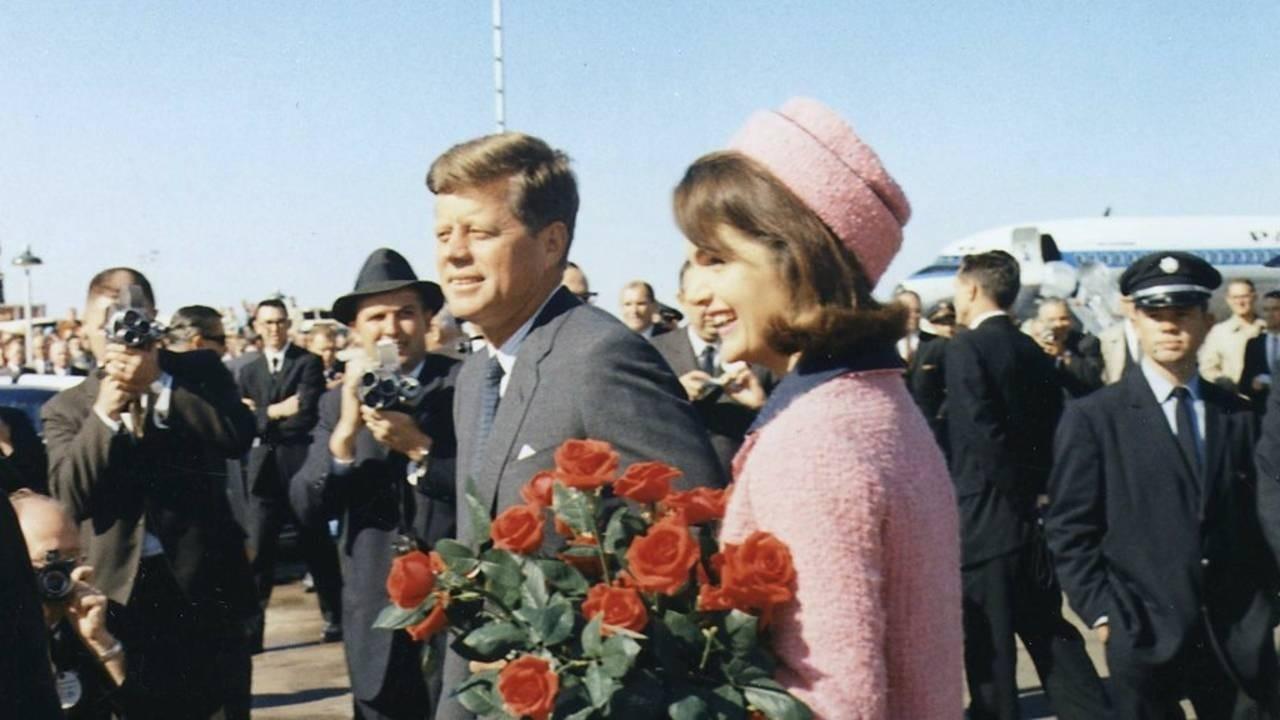 Today, November 22, 2020, is the 57th anniversary of the assassination of John F. Kennedy. JFK is a personal hero of mine, and while I would much rather remember the wisdom and compassion he espoused during his short lifetime, especially now, in this era of fake news and fake history--when even Presidents make a game of denying reality--it's hard to step out of the shadow of his assassination. It's especially hard for a historian, because what most people believe about the Kennedy assassination is not historical fact, but mythology, folklore and conspiracy. Pushing back against fake history is a daunting job at the best of times. It's even more so when a majority of the public is convinced that an important event of the past occurred in some way different than what the historical facts and evidence show it to be. But this is the job of a historian: to educate people on what really happened. Thus, the tired song and dance regarding the events of November 22, 1963 is, unfortunately, worth doing again.

Lee Harvey Oswald, a bitter 24-year-old loner who sympathized with Communism, was the sole assassin of John F. Kennedy. He was not working with anyone and there was no conspiracy. He did it alone; he came up with the idea, bought the rifle himself, fired three shots from the Texas School Book Depository, and killed the President of the United States with one of these shots. All of the historical facts we have about the assassination indicate this. Not just some of them; all of them. Yet it's surprising how few people accept this conclusion. It's also surprising, to me at least, how many people concede that their belief in an alternative explanation for Kennedy's death is rooted in belief--essentially, in faith--and not in fact.

I had a student write once on a history exam, next to a question about who killed John F. Kennedy (the correct answer was "Lee Harvey Oswald"), "I know this is the answer you want, but this is not what I believe." People don't want to accept the historical facts of the Kennedy assassination, because the history is different than what they expect, and what they want to believe is somehow more pleasing to them. I've never understood how this works, but when it comes to history, to what actually happened in the past, I don't think you have a choice to believe something different. If you're rational, you must side with the facts. 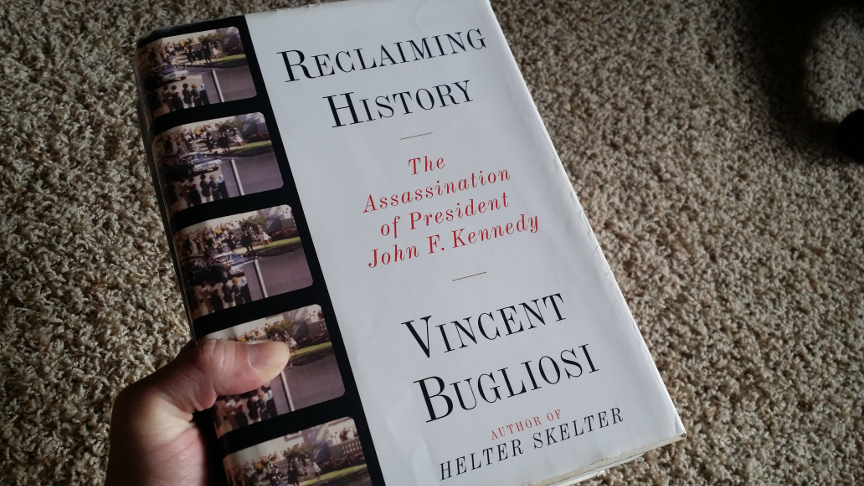 This is the most comprehensive book ever written on the Kennedy assassination--it's 1700 pages. Its conclusion? Oswald acted alone.

In the case of Kennedy's death, however, the "facts" that most people think they know about the event are, in fact, false. While you could write a 1,700 page book about the assassination--and noted historian and lawyer Vincent T. Bugliosi, another of my personal heroes, did exactly that--here are just a few of the false "facts" that most people have internalized, and why they are false.

Faith: For Oswald to have killed JFK, there must have been a "magic bullet" doing impossible things.

Fact: there was no "magic bullet."

Oswald fired three shots. One missed the limo completely; the second hit Kennedy in the top of the back; the third killed him and also caused several other wounds, including wounds to Texas Governor John Connally. Of that third shot, people who believe in conspiracies say that the bullet as described by the Warren Commission must have been "magic" because it supposedly had to change direction in midair. This is false, because the positions of Kennedy and Connally in the limousine were not right in front/behind each other. They were skewed--something that conspiracy books and documentaries don't show you. I've seen the actual limousine with my own eyes.

Secondly, people distort the reality by claiming that the bullet that killed Kennedy was found at Parkland Hospital "in pristine condition" and that this couldn't possibly be true given all the wounds the Warren Commission said it did. Again, false. The bullet was not "pristine" at all, but the single photo that appears in conspiracy books, which shows only one side of the bullet, makes it look that way. A photo of the bottom of the bullet clearly shows it's lumpy and misshapen. There's no "magic" here.

This is the underside of the so-called "magic bullet," which you never see in conspiracy books. Doesn't look so "pristine" from this angle, does it?

Faith: Oswald could not have fired those three shots, and there is no evidence he did.

Fact: he could have, and there is a mountain of evidence to prove that he did.

There are a lot of false statements floating around about evidence of Oswald's guilt. Supposedly there was not enough time for him to get off 3 shots from his clumsy WWII-era Manlicher-Carcano rifle in the brief seconds Kennedy's limo was in range of the Book Depository window. In fact, however, not only did an FBI sharpshooter replicate this feat, but he even improved on Oswald's time. Oswald was not a lousy shot; he was at least as good as half the men who were in the Marines with him in the 1950s. The three bullets that were fired were proven by ballistics tests to have come from his rifle--to the 100% exclusion of all other weapons in the world. This is conclusive evidence for murder in any U.S. or world court.

As for other evidence, there's mountains of it. Why did Oswald murder Dallas police officer J.D. Tippitt, a crime proven--again, through ballistics and eyewitness evidence--that he committed? Why else would he shoot a police officer who was pursuing him? For that matter, why did Oswald flee the Depository right after the assassination, when no one else did? Why did a paraffin test taken after Oswald's arrest show conclusively that he had fired weapons that day? Why did he refuse a polygraph test? Why did he try to shoot a U.S. Army general several months before, with the same rifle he eventually used against Kennedy? Why did he leave behind his wedding ring and $170, all the money he had, and a note for his wife before he went to work that day suggesting he knew he wasn't coming back? The evidence is impossible to ignore. 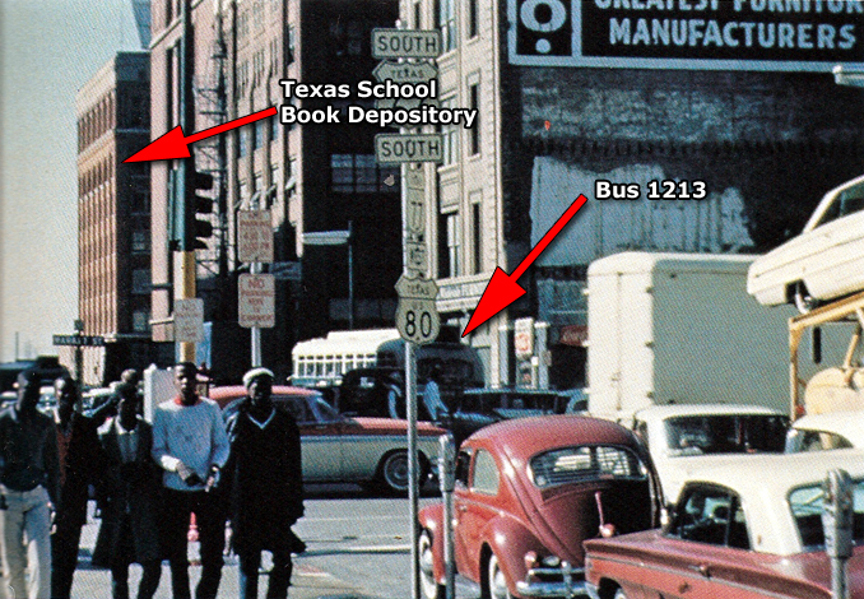 This photo, taken on November 22, 1963, shows Oswald boarding a bus outside of the School Book Depository just after the shooting. If he was innocent, why was he the only one who ran?

Faith: the fatal shot came from the "grassy knoll" in Dealey Plaza, to Kennedy's front.

Fact: no shots came from there, and in fact it's impossible.

The "grassy knoll" is an article of faith in JFK conspiracy milieu. The "real" assassin is said to have been located behind a picket fence near a tree, firing toward the limo as it came toward him (i.e., a shot to the front). However, all the autopsy evidence clearly indicates the two bullets that entered Kennedy's body came from the rear, where Oswald was, not the front. Furthermore, the grassy knoll was right out there in the open where everyone could have seen a man with a rifle. No one saw him. No ejected shells were found on the ground in this area, much less a rifle (Oswald left his gun behind when he ran). The escape route the assassin would have had to take--carrying a rifle--would have made it impossible to get away without having been seen. And the vantage point of fire from the grassy knoll is far worse than that from the School Book Depository. It's just not possible.

Faith: the Warren Commission was either botched, or a deliberate cover-up.

Fact: the Warren Commission was quite thorough, and its methodology and conclusions are sound.

Every time someone talks about how bad the Warren Commission (the federal inquiry into the assassination, which issued its report in September 1964) screwed things up, I always ask them: "Have you read it?" The answer is always the same "No," followed by an explanation of why they don't have to. Well, I have read it, and it's pretty comprehensive.

The Warren Commission was quite thorough. They interviewed thousands of witnesses--even digging up Oswald's old school buddies and meticulously accounting for every penny he ever earned and ever spent, to see if there was any evidence he was being paid off by someone to shoot JFK. (There was none). The investigation was not perfect. But even those who were on it and who criticized elements of it did not believe that it was covering up a conspiracy. No evidence has ever come to light that it was.

Faith: JFK was shot by a Secret Service agent in one of the adjoining limos.

Fact: this ludicrous contention has zero evidence to support it.

Easily the stupidest "theory" I've heard about the assassination appears to be one of the most popular--that a Secret Service agent riding in Lyndon Johnson's limo shot Kennedy, whether accidentally or deliberately. I even had a commenter on the previous incarnation of this blog make this ludicrous and laughable claim. I wanted to ask him what drugs he had recently been ingesting. Needless to say, there's not a speck of evidence to support this claim.

I mean, really? How could this even happen in real life? How, if it was true, would it take away the overwhelming evidence of Oswald's guilt? How would it alter the fact that all of Kennedy's wounds were fired from behind, not the front? How come no one witnessed it? My brain hurts from even considering this utterly absurd claim. Yet some people firmly believe it. 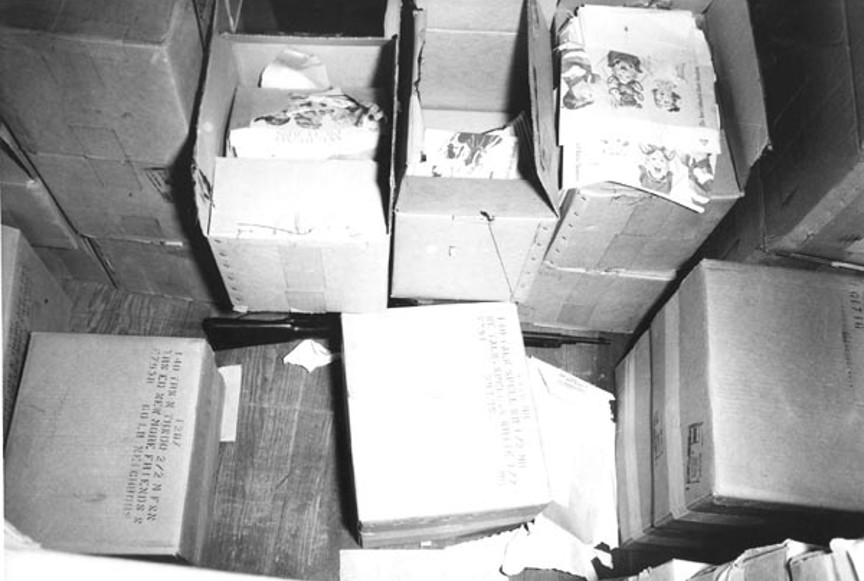 This was Oswald's rifle exactly as it was found on the 6th floor of the Texas School Book Depository. Ballistics tests proved conclusively that this gun--not any other--killed President Kennedy.

This is far from a comprehensive list of issues in the Kennedy assassination, and far from an exhaustive presentation of the silly falsehoods that people believe about it. The historical fact indicates, beyond all doubt, that Oswald was the assassin of Kennedy and that he acted alone. But believing that fact and evidence indicate this historical result is deeply threatening to the world views of many people, who just don't want to accept that JFK's death was meaningless, the act of an angry nut that served no larger purpose. History sometimes disappoints. But historical facts are what they are.

I took the photo of Reclaiming History. All other images in this article are believed to be in the public domain.