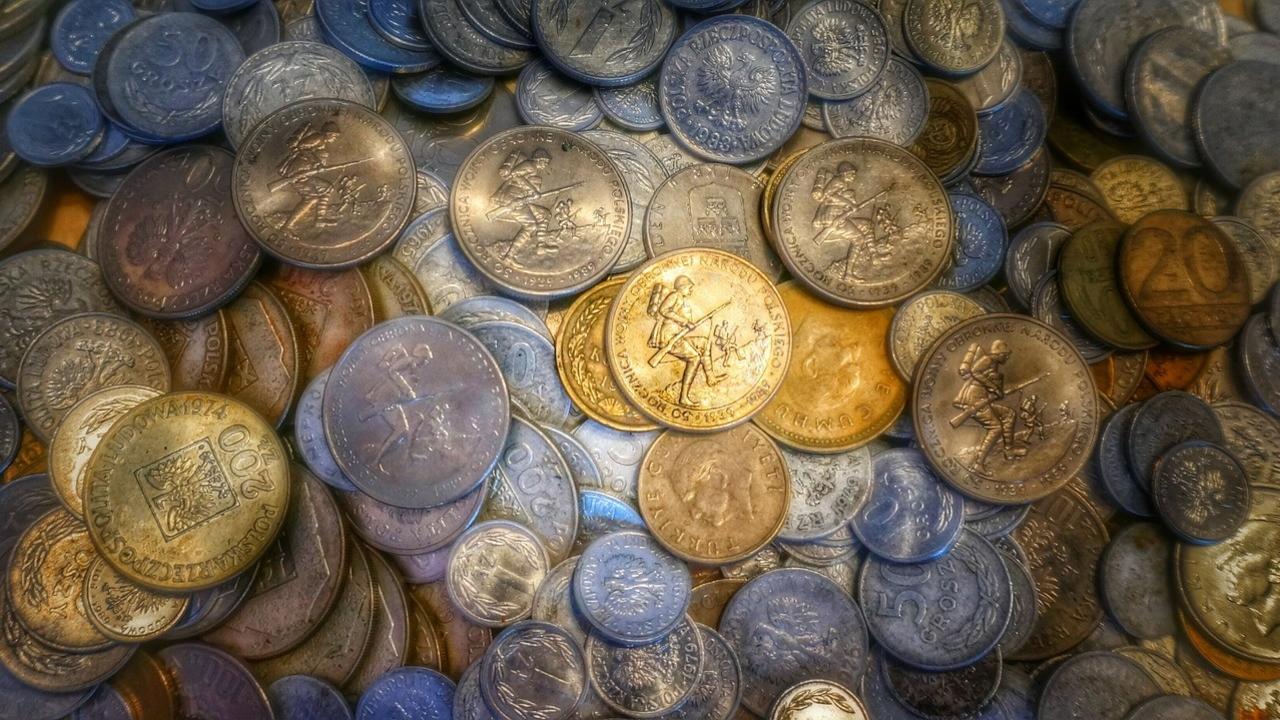 This article, originally published in August 2017, has been updated in November 2018. Scroll to the end for the update.

This is the fourth and final article in my series on the famous legend of buried treasure on Oak Island, in Mahone Bay, Nova Scotia, which has bewitched students of mysteries and would-be treasure hunters for at least 150 years. In Part I, I explained the nature of the legend and the first of the four main reasons why we know there isn’t treasure there (the flood tunnels have never been found). In Part II, I explained why there is no physical evidence of a treasure pit; in Part III, I showed you why the documentary historical evidence of the early treasure hunts is lacking. This final part contains what I personally believe to be the most persuasive argument as to why we can be reasonably certain that there’s no treasure buried on Oak Island.

Point Four: If the Treasure Ever Was There, It’s Illogical to Believe That it Still Is.

This is my favorite piece of the puzzle. There’s a very serious logical problem at the heart of the whole Oak Island legend, and it’s one nobody ever talks about. It alone virtually proves the treasure isn’t there.

Let us assume for the sake of argument that I’ve been wrong in the past three articles, and that the legend is substantially true—that there was a treasure pit, flood tunnels, box drains, etc. This would be a work of engineering of immense complexity, technical skill and expense to construct. (This reasoning is usually trotted out right before a statement like, “That means whatever was buried there must be really really valuable.”) But if somebody went to all this trouble to build a treasure trap preventing anyone else from getting it, the chances are virtually zero that they would have forgotten to come back for it. 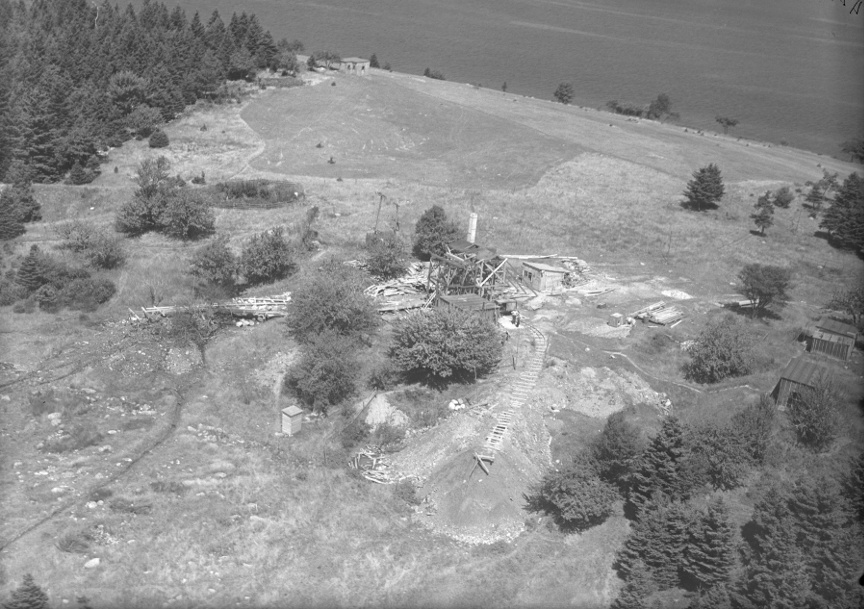 Here is another view of Oak Island in the early 1930s. As you can see, yet another treasure recovery operation was in progress at the time.

Think about it. Why would someone, a pirate perhaps, want to bury treasure in the first place? You don’t bury treasure and leave it in the ground forever; you bury it until some temporary danger of discovery or confiscation passes, and then you come back and fetch it. Anyone who digs for treasure on Oak Island makes two assumptions: (1) that a treasure of immense value was buried there, and (2) that it’s still there, i.e., whoever buried it either forgot about it (not likely) or was somehow prevented from coming back at a later time to retrieve it. The evidence—or lack thereof—shows that assumption (1) is on pretty shaky ground to begin with. But assumption (2) is even worse than pure conjecture—it’s wishful thinking.

It’s illogical to have gone to the immense expense of creating such an elaborate trap to guard something that was worth abandoning. Thus, whoever built the treasure trap is virtually guaranteed to have sailed back to the island at some point and collected their treasure. If they didn’t care whether anyone knew there was once treasure buried there, they would have just left a raw open hole in the ground and forgotten about it. Obviously that wasn’t the case. That meant they wanted to conceal that treasure had been buried there, for whatever reason, and to do that they’d have filled in the hole but presumably left the flood tunnels open—or destroyed the mechanism that closed them—so anyone who came after them would never be able to prove with certainty what had once been there. I don’t believe there was ever a treasure pit of any kind on Oak Island, but if I’m wrong and there was, this has to be why no one has ever found it after 200 years of searching. 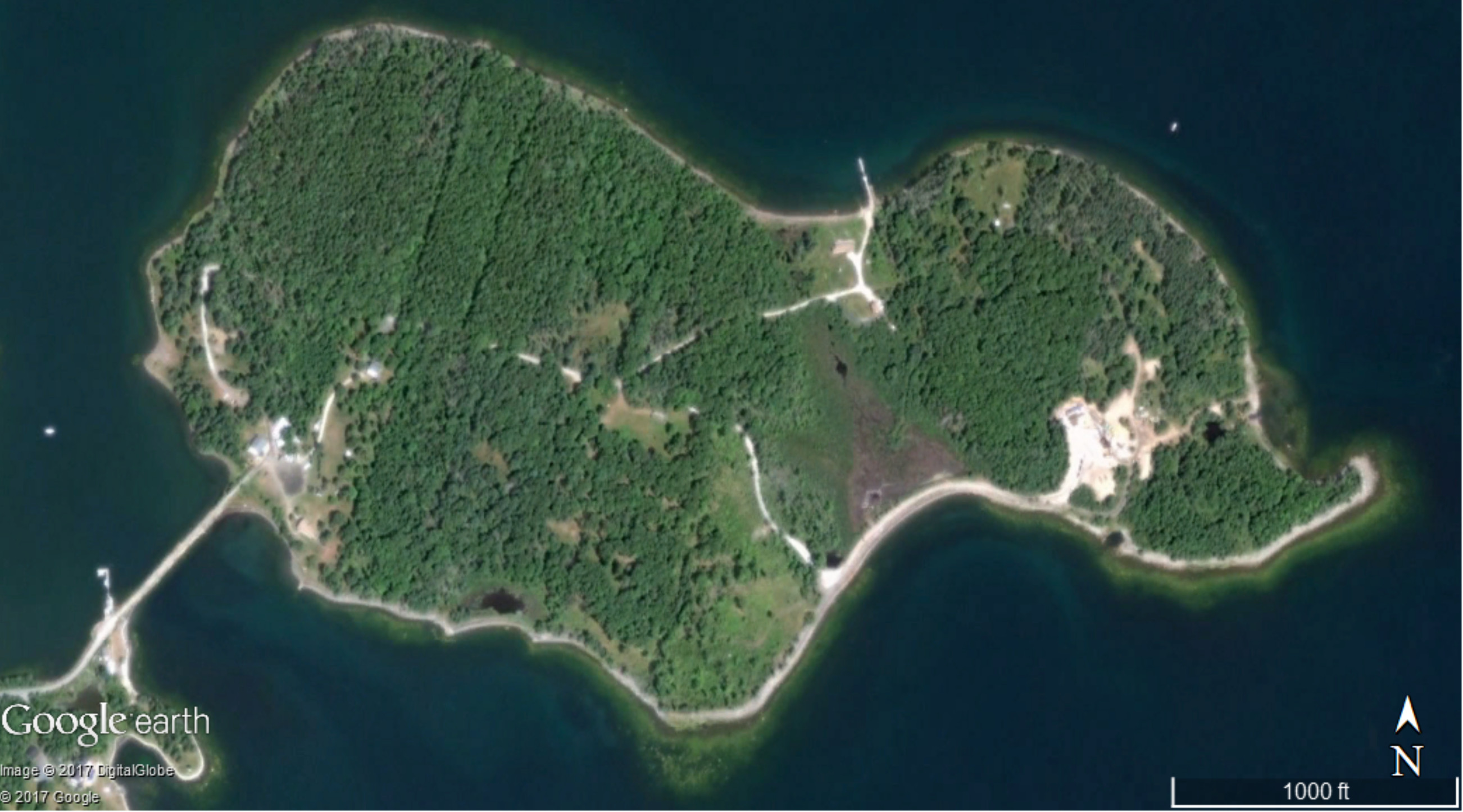 If you think about it, Oak Island is a pretty odd place to stash one of the world's greatest treasures. No persuasive explanation for why the possessors of vast wealth that they needed to hide chose this spot has ever been offered.

The other piece of the logic puzzle, and something else that no one talks about, is the lack of evidence from the point of view of whoever supposedly buried the treasure. An operation of that magnitude would have taken a lot of people, substantial time and expense. There would be records of it: payrolls, engineers, supply requisitions, ship voyages, etc. Even true believers in the legend concede it couldn’t realistically be pirates or other rogue elements who would generally lack the technical and logistical sophistication to pull off the kind of operation they insist must have been there. But there’s no such evidence at all.

The theory presented in The Encyclopedia of Unsolved Mysteries is that the British buried pay chests for their army there about 1780 during the Revolutionary War, which is utter rubbish. What specie the British did bring to the rebellious colonies during the war was kept in heavily-guarded forts, not buried on obscure islands; the manpower and expense needed to dig elaborate treasure infrastructure would have been much more than the pay chests would have contained anyway. In any event British archives would be full of telltale clues that this sort of operation occurred (the British are great at keeping records and notoriously poor at suppressing them). Even decades later somebody would have come forward with a story to the effect of, “Yes, I was part of the original Oak Island operation, here’s what happened.” But there has been nothing to this effect at all. You can’t keep a secret on this order for so long. To believe otherwise gets into the realm of conspiracy theory, and don’t get me started on why those never make any sense. 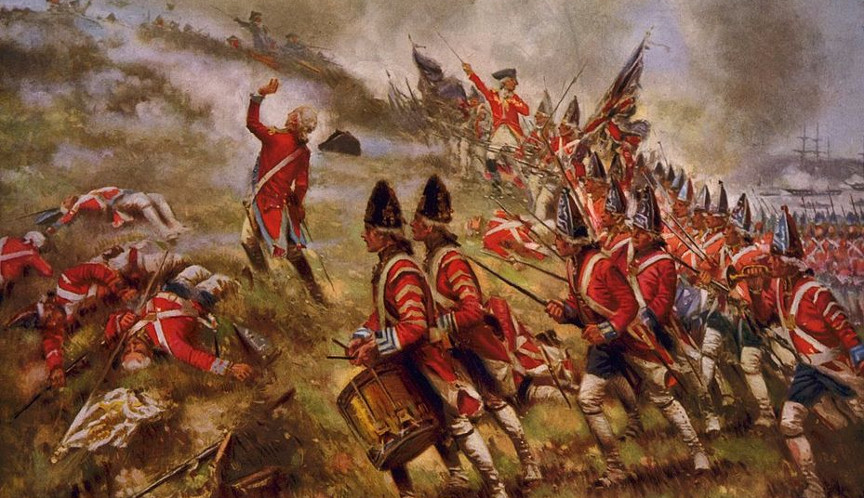 At least one author has conjectured that the treasure works supposedly on Oak Island were built by the British, as a repository for pay for Revolutionary War armies. This theory makes no historical sense.

So what did happen? At its heart, Oak Island is a scam. Secret buried treasure was a common bit of folklore in the early 19th century, and there are documented ones in Nova Scotia before 1850. I think someone, possibly in the 1850s, heard a tall tale or some local folklore about a mysterious island in Mahone Bay. Perhaps a local came up with it and decided, for some easy cash, to hoodwink some investors into financing a “treasure hunt.” The legends of prior treasure hunts were necessary to reinforce the “it’s just out of reach” narrative, and the nonsense about the link of the gold chain or the “metal in pieces” story, both of which date from the supposed 1849 dig, were invented to lay it on a bit heavier. Someone may have planted fake clues on the island, or, discovering the remnants of the salt works, roped that into the story as “proof.” Only this scam kept paying off long after its initial conception.

Over the years new generations of scammers, probably unknown to the original ones, hijacked the legend and reappropriated it for a new treasure hunt to fleece new victims. Then by the 20th century the legend had a life of its own, sustaining itself without the involvement of scammers, by seducing innocent people who really do believe there’s treasure there to spend their lives and lots of money looking for it. The scam is not just a fun and harmless fantasy to entertain about buried treasure. Real people have died in the quest for this nonexistent booty. That answers the question, “What’s the harm in believing there’s treasure buried at Oak Island?” Ask that question to the families of the men who have died searching for it. 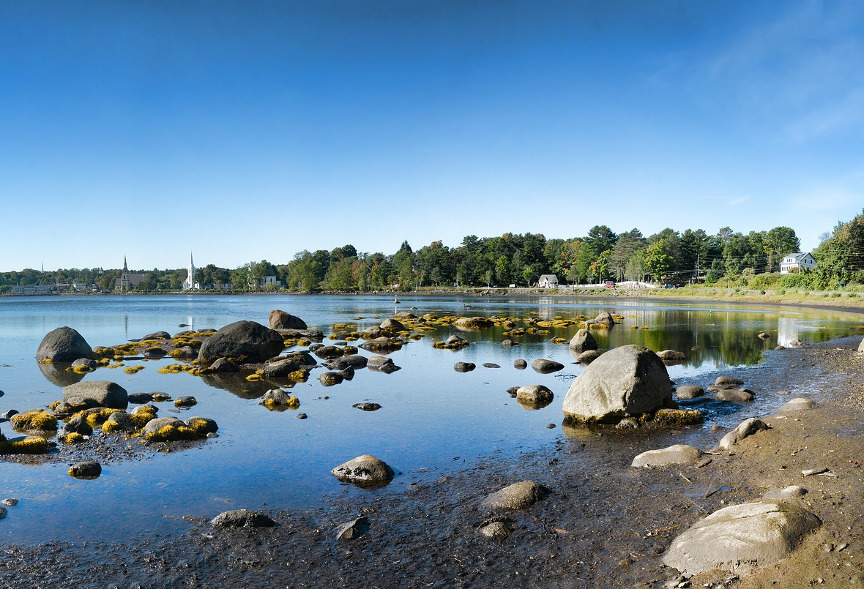 As this photo shows, Mahone Bay can be quite a beautiful place in its own right. Nevertheless, the treasure legend of Oak Island is being used by some operators as a tourist draw. That is the only real gold to be found in this story.

Incidentally, many people in the 19th century believed Oak Island was a scam from the word go. One of the earliest newspaper articles about the phenomena, dated 1861, is a debunking, labeling the whole thing “the Oak Island folly.” Scams rarely go unchallenged. If people were denouncing Oak Island as a scam more than 150 years ago—when, if it was genuine, the trail of documentary evidence would have been much fresher than it is now—this is a telltale sign that the whole thing is a chimera.

There is no treasure on Oak Island. There never has been. All of the money spent to find it over the past 200 years has been utterly wasted.

These articles, originally published in August 2017 and augmented with video versions in summer 2018, have enjoyed a surge of popularity over the last few days. I suspect it's because new episodes of the "History" Channel reality show The Curse of Oak Island has aired or is about to air. I have not seen the show and have no intention of doing so, as I utterly detest the "History" Channel, but there have been a large number of drive-by comments [on the YouTube channel and the previous hosting platform] from apparent fans of the show basically arguing that I'm all wet because the whole thing is on TV, or the Lagina Brothers (the latest unfortunate dupes to fall for the Oak Island scam) have spent millions digging holes there, or I don't believe in the power of hope, or something. (I've been very selective about which of these drive-by comments I will approve, and will continue to be so).

Let me say this about the "History" Channel show, which I again admit I have not seen. The Oak Island legend has existed at least since 1861 and probably more likely since the 1840s, the better part of two centuries before the subject caught the attention of "History" Channel producers and/or the Lagina brothers. I personally began researching the legend 27 years ago and have gone into archives and libraries to find primary sources on it, with an eye toward a reasoned historical analysis of what was going on. The television presentation is explicitly based on an assumption: that there must be treasure down there, and that you should watch the show so you can witness the Lagina brothers discover it. The facts, logic and historical evidence I've presented here indicate that assumption is untenable. Therefore, the show's credibility as a source and its honesty in presenting historical analysis is seriously questionable from the get-go.

If you are a fan of the show, and all you know about Oak Island comes from that source, I ask you to consider this possibility: if there was credible evidence that there was not treasure buried under Oak Island, do you trust the show and its creators to present that evidence to you honestly, or do you think they'd conceal or downplay it to avoid undermining the premise of the show? If you enjoy watching the show for its entertainment value, that's great. (I like The Great British Bake-Off, myself). But take the time to question whether it really has an objective analysis of historical reality as one of its core values. If, like me, historical accuracy and logical interpretation of the past is of value to you, perhaps you are better off watching The Great British Bake-Off, which has a whole new season up on Netflix this week.

All images are, to my knowledge, in the public domain/Creative Commons 0 license (all others).