"Those who hate you don't win": thoughts on Nixon's resignation. 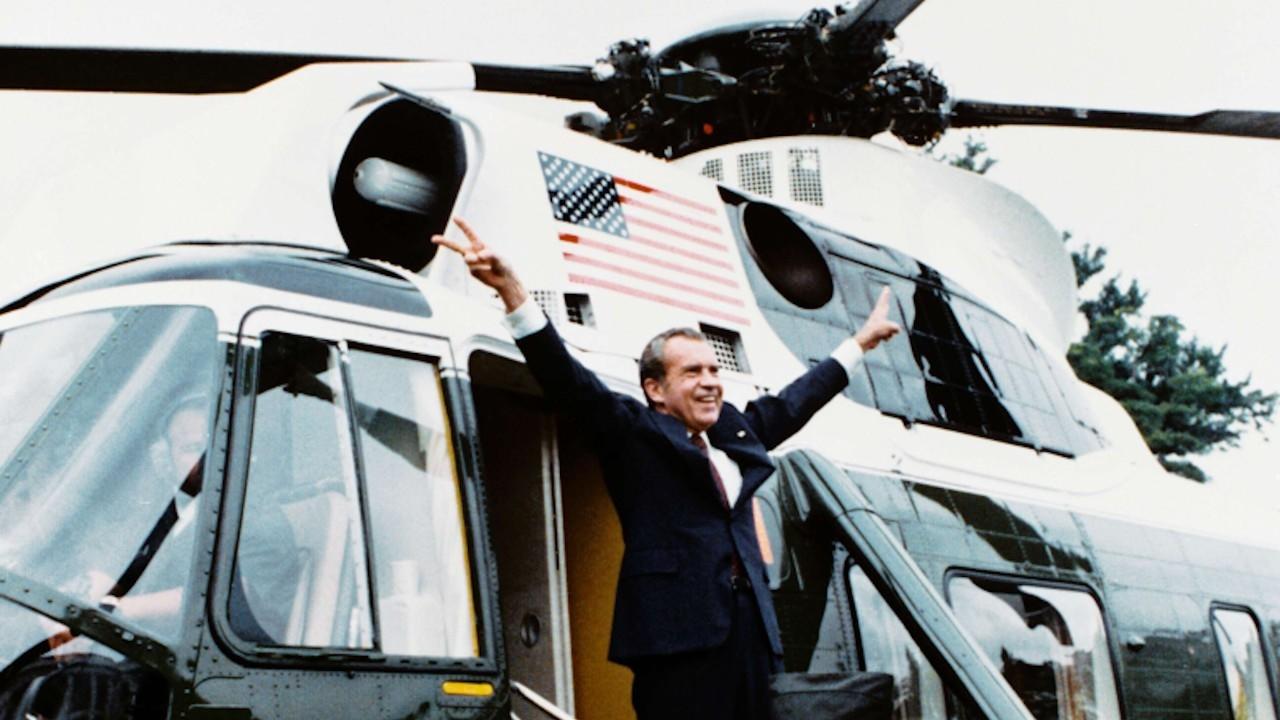 Today (August 9) is a historical anniversary that, while I'm sure won't go un-noticed, may well go unappreciated. Forty-six years ago today, on August 9, 1974, Richard M. Nixon resigned as President of the United States, the only president (thus far) to do so. Gerald Ford took over as the nation's 37th President that afternoon. This was a pivotal event in U.S. political and social history. Nothing was ever quite the same, but perhaps for reasons that are under-appreciated or outright misunderstood.

Nixon, of course, resigned because of the Watergate scandal. In 1972, as he was running for re-election, a group of political spies paid by the White House broke into some Democratic Party offices to snoop around, and they got caught. This wasn't really what got Nixon into trouble. What happened was, three days later, he told an aide, Bob Haldeman, to call the FBI and tell them to stop investigating the case. With those words, Nixon committed a crime--obstruction of justice--and the crime was caught on tape. In 1973 it was revealed Nixon recorded many of his conversations in the White House. He fought a year-long battle to keep the tapes, and especially this one, from coming out, but the Supreme Court ruled he had to turn them over. His political support drained away. To forestall impeachment and conviction, you might say Nixon "ragequit."

I think the emotion he was feeling was more sorrow and shame than rage. Look at this, the full recording of his farewell speech to the White House staff. It's 21 minutes long, but I've cued it up to 19:06 so you can hear his interesting advice to those who want to continue in government.

"Always give your best, never get discouraged, never be petty, always remember, others may hate you, but those who hate you don't win unless you hate them, and then you destroy yourself."

These are sage words, even more resonant in our own era when partisan rancor is at an all-time high. Today in 2020 Watergate seems almost quaint, particularly after the latest impeachment, the third in American history and the second in a space of 25 years. Given the daily outrages that come out of the White House today, many of them far worse than Watergate, something about the American presidency seems fundamentally broken. Maybe we can repair it; maybe it's beyond repair. Nonetheless, what happened to Nixon on August 9, 1974 is still worth thinking about.

Nixon's resignation put a scar on the American system and the American Constitution that will never really be erased. And it led to so much. If there was no Watergate, would there have been Jimmy Carter? If no Carter, would Reagan's message of resurgent conservatism have found such a receptive ear? Without Reagan would we have had Bush, the first and second wars in Iraq, Obama, Afghanistan, Trump? Nixon set a stone rolling down a hill, and we still don't know where it's headed. Taking the long view of history, we must be wary of making snap judgments. 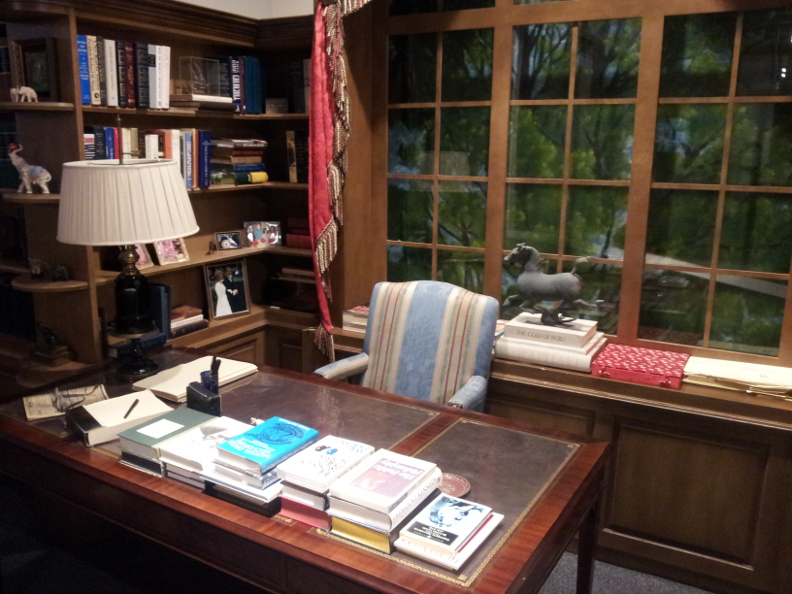 This is a replica of Richard Nixon's office in his townhouse in New Jersey exactly as it appeared on the night in April 1994 when he was rushed to the hospital and later died. It has been recreated at the Nixon Presidential Library in Yorba Linda, California.

Nixon died in April 1994, just shy of two decades after his resignation. By then he had regained at least some stature in American history as a sage elder statesman, consulted by every President after him, though the black mark of Watergate continued to haunt him until the end. Oceans of ink have been spilled about his remorse (or perceived lack thereof), what might have happened in his remaining two years of office, or how the American political landscape might have been different. Had Nixon only taken his own advice--"Those who hate you don't win"--and we might, 46 years later, all be better off in a country a little less broken than it is.

The photo of the Nixon Library is by me, (C) 2013 all rights reserved. All other images are in the public domain. I am not the uploader of the YouTube clip embedded here.