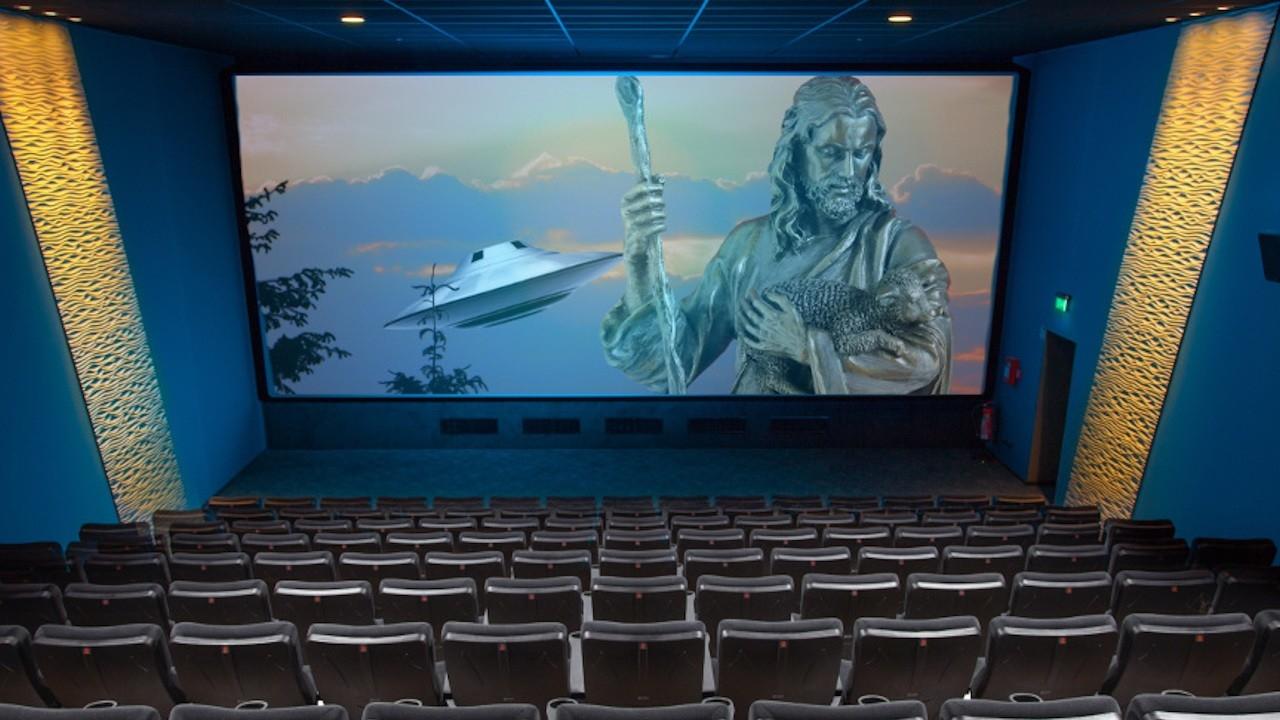 At the end of the 1970s--I was about seven years old--our family was one of the earliest in our area to get cable TV. Cable was quite a luxury in 1979, and it worked very differently than it does today: there were a few basic channels, most of which did not broadcast 24 hours a day; you had your choice of movie service (we got Showtime), and there were no commercials. Showtime was a favorite at our house. They showed a lot of movies that we were unable to see anywhere else--my dad had not yet bought our infamous CED video disc player--and it was really my first foray into the world of film. I vividly remember seeing a film on Showtime back in that era that I found quite fascinating. It was a documentary called In Search of Historic Jesus, and it was released by a strange little company called Sunn Classic Pictures. Though our family was not religious, at age seven I thought In Search of Historic Jesus was gospel (no pun intended) truth.

This was only my first encounter with Sunn Classic Pictures. A couple of years later, when videocassette players started to seep into homes and schools, I remember our social studies teacher showed us a movie to fill up some class time. The film was called The Lincoln Conspiracy and portrayed, as history, a shadowy plot by Edwin Stanton and others to ice the Great Emancipator and set up John Wilkes Booth as a patsy. The Lincoln Conspiracy was also a Sunn Classic release. A few years after that, at an other school, in the school library I found a paperback book that was a tie-in for The Lincoln Conspiracy movie. It seemed that Sunn Classic Pictures was everywhere and had a surprising reach into the classrooms and minds of America's youth.

The full movie of The Lincoln Conspiracy is available on YouTube, but just watch the first 40 seconds. It will tell you everything you need to know about the film.

Sunn Classic was indeed big business in the late 1970s. Perhaps the only example of a film studio owned by a razor company, Sunn was a subsidiary of the Schick company that made shaving razors. Started in 1971 in Salt Lake City by a man named Rayland Jensen, Sunn specialized in family fare, making G-rated pictures for working class families who weren't habitual moviegoers. More importantly for Sunn's business model, they exhibited their films through a technique called "four-walling." That is, Sunn would buy out every seat in a particular theater for a weekend or two--presumably at a discount--and then resell the seats to the public, keeping 100% of the box office take while the theater owner raked in all of the concessions. Four-walling was a fad in the film industry in the 1960s and 1970s--Orson Welles was said to be quite interested in it--and, in small-market places like Oregon and Texas, it got Sunn's odd little films in front of more hoi polloi eyeballs than would have been possible otherwise.

At least from the standpoint of a historian, though, Sunn Classic's catalogue proves somewhat problematic. Their first big score was the American release of a European-made documentary, an adaptation of Erich von Däniken's fraudulent but highly popular 1968 book Chariots of the Gods?, which introduced America to the ludicrous "ancient aliens" hypothesis that has proven as difficult to eradicate as syphilis in a brothel. (In this decade, for example, I have had college students assert "ancient aliens" claims in my class on climate change). Sunn also released several other "ancient aliens" pictures including The Outer Space Connection. While Sunn's biggest hit, 1974's The Life and Times of Grizzly Adams, was an inoffensive and charming story about a man and the bear he loves--it even spawned a television series--some of its later releases ventured into theological and religious territory and made a number of spurious historical claims. The title of In Search of Noah's Ark (1977) is self-explanatory. In Search of Historic Jesus was only slightly less fanciful, but still very far from historically responsible. The unhinged conspiracy theories of The Lincoln Conspiracy are scarcely worth dignifying with a refutation. Yet, in the late 1970s, Sunn basically owned these topics, and were very successful in marketing them.

The 1979 "documentary" In Search of Historic Jesus was very typical of Sunn Classic Pictures's fare.

In a certain sense you can't blame them. Thinking in terms of American society and the history of the film industry, the late 1970s represented a perfect storm of cultural factors that was keen to be exploited by a company like Sunn. The final years of that decade, especially during the troubled presidency of Jimmy Carter, saw a marked resurgence in the cultural power of evangelical Protestant Christianity. This was the era in which Jerry Falwell founded the Moral Majority, Phyllis Schalfly was canvassing against equal rights for women and Anita Bryant was grinding her ax against the LGBT community. The exact sort of working-class families with young kids that Sunn saw as their target audience were, between 1976 and 1980, the kind of people who responded well to an affirmation of religious values and particularly Christian reinterpretations of history. Incidentally these were also the voters who brought Ronald Reagan to power in 1980--despite the fact that the president who Reagan unseated, Carter, a born-again Southern Baptist from Georgia, was a closer match to their values. This is one the key stories in recent American history.

Sunn Classic, though, was not in the history business. They were (and evidently still are) in the entertainment business. Selling someone a story about a thrilling chase up the slopes of Mt. Ararat to find petrified timbers that "prove" the literal historicity of the Noah story in Genesis was an attractive business proposition in 1977, however much it may have distorted the historical realities. (There is no historical evidence for the actual existence of an Ark as described in Genesis, despite numerous attempts, most by Christian evangelicals, to find it). Whether historically responsible or not, Sunn Classic Pictures filled a cultural need incipient in its audience. History does sell, but history that validates a particular world-view tends to command a higher price in the marketplace than history done, as academics strive to do it, without as much overt bias. 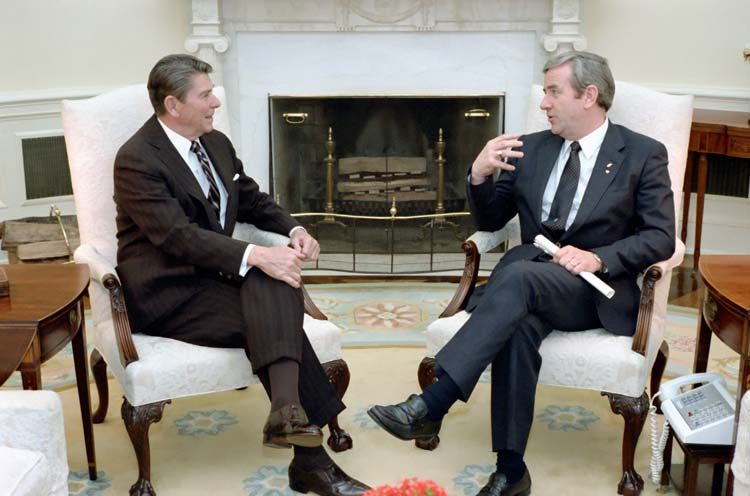 Jerry Falwell, founder of "The Moral Majority" pressure group, and the constituency he spoke for were instrumental in bringing Ronald Reagan to power. They were also Sunn Classic Pictures's core audience.

Nevertheless, I find something terribly unfortunate about how easily Sunn Classic's entertainment products became mistaken for real history. My social studies teacher who showed our class The Lincoln Conspiracy in 1981 probably didn't believe its claims literally, but he also probably didn't think too hard about the implications of exposing a bunch of 9-year-olds to fake history. I want to go back in time and ask whatever school librarian filed The Lincoln Conspiracy book onto the shelf whether she or he felt any responsibility to at least make the basic determination as to whether the book was fact or fiction. But this kind of thing would have taken effort. A book or a VHS tape box with Abraham Lincoln on the cover must be okay for schools, right, especially if the film is rated G for kids? I could easily imagine a Sunday school eagerly proffering In Search of Historic Jesus to its students as literal history they should internalize as proven fact. After all, it has the words Historic and Jesus together in the title. What more do you need?

This is, unfortunately, how the phenomenon of "fake history," which I have written about before, begins to take root in the collective consciousness of a society. Today, 40 years after Sunn Classic's heyday--the company still exists but is under new management unconnected to the old regime--American society is awash in pseudohistory, pseudoscience, conspiracy theories and outright falsehoods, many of which are believed as literal truth by the President of the United States and the millions who support him. It's certainly not fair to blame Sunn Classic Pictures for this state of affairs and don't take me as doing so. But the kind of entertainment products that Sunn brought to the American mainstream 40 years ago were at least the same species of a seed of foul fruit that clouds our collective sense of understanding of the past. Misapplication or even outright weaponization of history is an insidious phenomenon that academic historians must fight against. Given how long and how deeply pseudohistorical ideas have been planted in our minds, you can see how much of an uphill battle that's going to be.

The header image was created by me from public domain images. All other images are public domain. I am not the uploader of any YouTube clips embedded here.