Robert Stack knows all: "Unsolved Mysteries" and how we see the unknown. 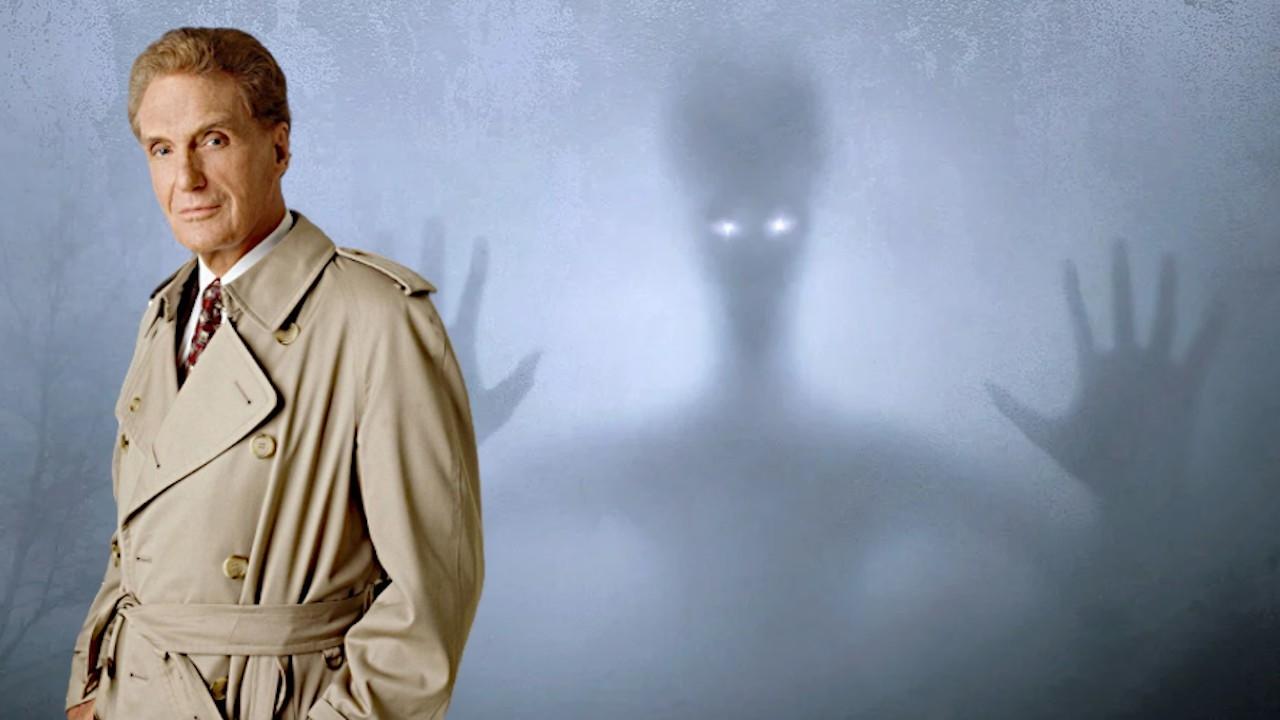 As you may be aware, the old 1980s television series Unsolved Mysteries has recently been rebooted on Netflix for a new season, technically its 15th. It's been phenomenally successful and has been written about on Vox and other news sites. Unsolved Mysteries has been part of the American cultural landscape since its premiere as a series in 1988, following an even earlier spate of TV specials. I was a teenager in the late '80s and certainly I was a huge fan of the show. More than three decades on, however, we now have enough mileage with Unsolved Mysteries as a cultural phenomenon to consider how it may have affected us--specifically, how we view the the unknown or mysterious past, which is a subject that has fascinated me on this blog before. As a historian, it's worth thinking about it.

Although Unsolved Mysteries took a little while to jell as a series, undoubtedly the classic incarnation of the show was its heyday on network television from 1988 to 1997, where Robert Stack was the imperious host, though he returned as host again on Lifetime from 2001 to 2002. Indeed the show is indelibly associated with Stack. Millions of people, like me, too young to remember his career in the 1950s as a dreamy heartthrob and later as lawman Elliot Ness on The Untouchables were introduced to Stack's dead-eye stare and low monotone delivery on Unsolved Mysteries. Stack usually wore a trench coat and often stepped out of the shadows to convey some tantalizing bit of information about a mystery being profiled, or he would appear in a call center, urging us to contact a hotline if we'd seen whatever shifty-eyed murderer, rapist or swindler had escaped justice that week. Indeed Stack seemed to be a sort of omniscient God-like presence hovering over the show. One could almost imagine that he knew the resolutions to all the mysteries but was just toying with us mere mortals by keeping us in suspense. Sadly this omniscient being was not immortal: Stack passed away in 2003.

This compendium of Unsolved Mysteries opening graphics over the years is a good survey of how the show viewed the world. Note the images: marauding criminals, explosions, children in danger, and cop chases.

But aside from its entertainment value--and its indubitably terrifying and hypnotic theme song, still used today in 2020--what did Unsolved Mysteries teach us about the unknown, the unsolved or the disputed facts of the past? Unsolved Mysteries never fit comfortably into one genre. Though many of its stories were what you would call true crime, it often ventured into the paranormal with tales of UFOs, ghosts or cryptids and occasionally even profiled historical mysteries, sometimes involving rumors of "buried treasure" or other tantalizing stories. To balance its constant diet of unsolved murders and escaped criminals, a surprising number of stories were carefully designed to be uplifting and inspirational, most involving reunions of family members or friends separated years ago. These stories were a lot more amazing in 1989 than they are today thanks to the Internet.

For all of how fondly we think of it, Unsolved Mysteries was not above bias, stereotyping or fear-mongering, whether or not it could be blamed on being a "product of its time." The opening credits montages, especially in the early seasons, heavily trafficked in frightening images of running fugitives, exploding cars or violent confrontations with police, not unlike the mainstay of Cops, a TV show recently canceled after coming to terms with its 20+ seasons of racially and culturally insensitive coverage. I recall a 1990 episode profiling a business scammer who was a transgender woman. In its reenactments, the series cast in that role a male actor in crude and obvious drag. Unsolved Mysteries cast an especially dark eye on rural environments. Rivers and forests were menacing places where corpses often turned up. Small towns were always idyllic and bucolic, where nothing ever went wrong--until a brutal crime happened. The subtext was perhaps not even intentional: be afraid.

Before he took to the shadows in Unsolved Mysteries, Robert Stack was one of the most beloved leading men in American pop culture. Here he is in The Untouchables TV show from 1960.

The show's credulous treatment of paranormal subjects could also be problematic. Unsolved Mysteries often dealt in "woo," glossing over or ignoring proven rational solutions to matters it wished, for the sake of drama, to treat as unsolved. Examples include the "Face on Mars" (a peculiar affectation of a single photograph), the Marfa lights of Texas (atmospheric refractions of car headlights), the UFO sightings of Gulf Breeze, Florida (proven to be a hoax), or crop circles in England (also proven hoaxes). Unsolved Mysteries could even at times be sectarian, airing credulous segments on faith healing, the waters of Lourdes or other religious miracles, invariably Christian. One can argue that the show was pandering to the majority of its audience. It was, after all, an entertainment product. This is usually the defense of popular media that presents questionable or fraudulent assertions about the past as factual or at least arguable (as Sunn Classic Pictures did). But that may not be the get-out-of-jail-free card that it seems at first.

More than 30 years after Unsolved Mysteries premiered, it can be said that we live in an age of "woo" far more entrenched than it was in 1988 when Robert Stack first stepped out of the shadows. During those 30 years, governmental disinvestment in education, especially higher education, has become far more the rule than the exception. Anti-intellectualism is now a tenet of core identity in one of the two major political parties in the United States, resulting in symptoms like the denial of the proven fact of human-caused climate change or the distrust of face masks in the midst of the global COVID-19 pandemic despite all evidence proving their effectiveness. For better or worse, entertainment and mass media is where most people now learn what they think they know about the past and how the world works. It's not as if there's a robust system of rational education working in parallel with entertainment media to reign in its excesses. This makes the rational flaws in works like Unsolved Mysteries more important than they would be if the rest of our epistemological infrastructure was working the way it should.

Trailer for the 2020 reboot of Unsolved Mysteries. Stack is gone and the production values got better, but what else has changed?

Despite its problems, Unsolved Mysteries remains a comforting presence. It's done a lot of good over the years; before his death Robert Stack often praised the show's record of helping catch fugitives and solve crimes, mostly as a result of tips from the public on the heavily solicited hotline. And even its back episodes remain fun to watch, a curious time capsule of late-1980s early-1990s American societal angst, complete with mullets, perms and acid-washed jeans. I wonder how much it has shaped our view of the unknown or unsolved past. Sometimes I find myself wondering, when I get where Robert Stack is now, if I'll know all the answers too. It probably won't be half as satisfying as speculating about the mysteries.

The header image for this article includes an image (Robert Stack) whose copyright status is unknown; I created the header and I believe the image is included within fair use. I am not the uploader of any YouTube clips embedded here.