Disappeared: The Women of Tensegrity, missing since 1998. 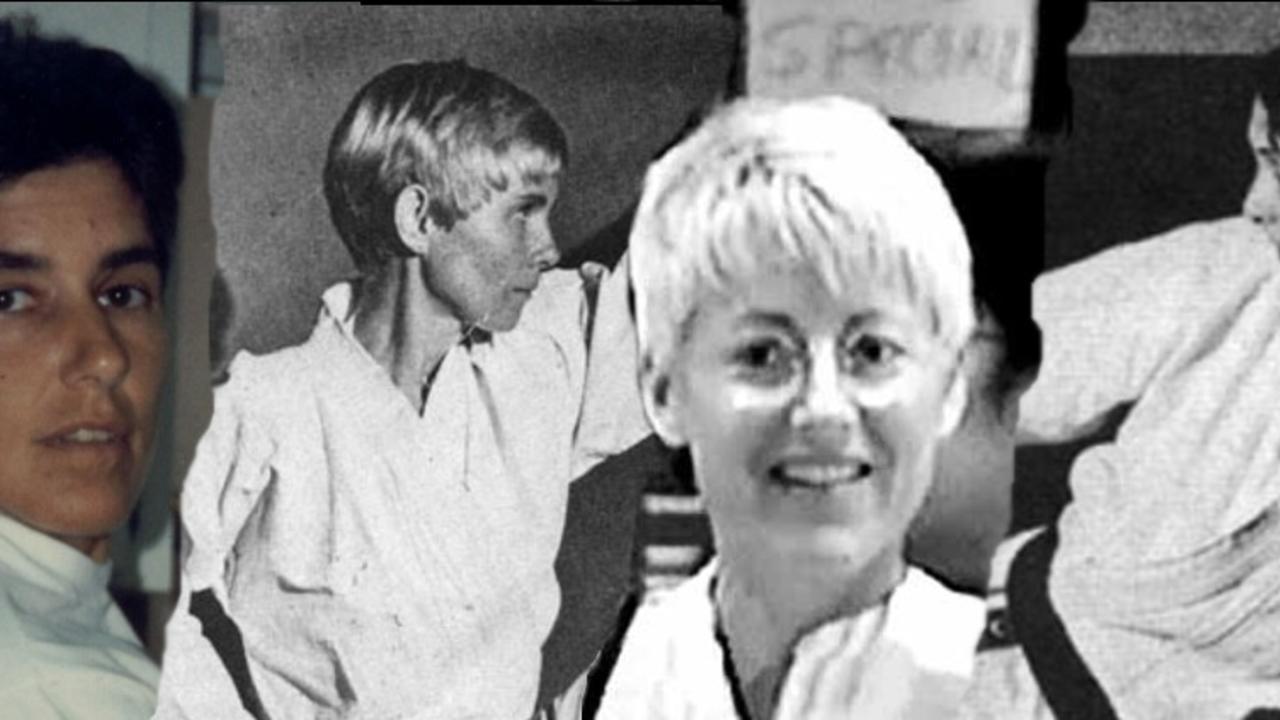 In the spring of 1998, shortly after the death of New Age writer and philosopher Carlos Castaneda, five women closely connected with Castaneda and his movement, called “Tensegrity,” vanished from the Los Angeles area. Their names were Florinda Donner-Grau, Taisha Abelar, Amalia Marquez, Kylie Lundahl, and Patricia Lee Partin. Aside from Partin, whose remains were discovered in 2003, all of the women remain missing to this day. The story behind their disappearances is strange, tangled and somewhat disturbing.

Peruvian-born Carlos Castaneda was a graduate student in anthropology at UCLA in the early 1960s when he published a book called The Teachings of Don Juan which purported to detail his apprenticeship with a Yaqui Indian called Don Juan Matus. Supposedly this Don Juan took Castaneda on various spiritual journeys and showed him new ways of knowledge based on Native American mystical traditions. It was all a hoax. Don Juan did not exist, and various investigations proved that Castaneda fabricated many important events in his past. Castaneda's doctorate, awarded for the Don Juan project, was apparently obtained by fraud.

Left: Carlos Castaneda in 1962. He was rarely photographed in his lifetime.

Castaneda dropped out of sight in 1973 and, while continuing to write, repackaged his philosophy as Tensegrity, which he said was derived from the teachings of (the nonexistent) Don Juan and various Native American philosophies. While pushing the Tensegrity system—it was promoted mainly through workshops—Castaneda amassed a number of female followers who typically changed their names and went into seclusion with him. A number of these women were also apparently his lovers. A chilling memoir by one of these women, Amy Wallace (now deceased), titled Sorcerer's Apprentice: My Life With Carlos Castaneda, is a look inside the cult and the magnetism that bound Castaneda's disciples to him.

On April 27, 1998, Castaneda died of liver cancer in Los Angeles. This began the chain of events that ended with the disappearances of five of his disciples, which I’ll get to each in turn. 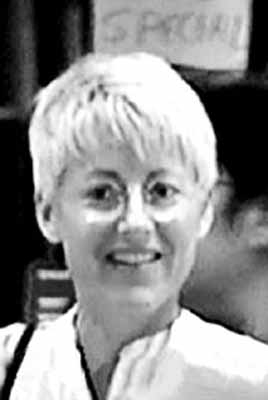 Patricia Partin, 41 at the time she went missing, met Carlos Castaneda in the 1970s while her then-husband was attending UCLA. At some point she fell into Castaneda’s orbit, and last spoke to her family in 1978. Castaneda, who emphasized “erasing personal history,” encouraged his disciples to cut ties with their families. Patricia changed her name to Nury Alexander, cut her hair short and bleached it blond. She divorced her husband and became Carlos Castaneda’s lover, and, in 1995, his legally-adopted daughter.

Partin seems to have changed when she went into seclusion with Castaneda. Witnesses speak of her reverting to a child-like state, and there are reports that new followers of the Tensegrity group were told to play dolls with her. She was last seen at a Tensegrity workshop in Santa Monica a few weeks before Castaneda’s death.

After the leader died, Partin and the other women close to him closed down and left the Los Angeles compound where he had lived and suffered through his final illness. They disconnected their phones and essentially dropped off the grid. In early May 1998, Partin’s car was found abandoned in the Panamint Dunes in Death Valley, California—an extremely remote and dangerous place.

Near the spot where her car was found, some hikers came across human bones in 2003. Authorities familiar with the case of the missing Tensegrity women assumed automatically they were Partin’s. It took three years for the bones to be identified, but the suspicions were proven correct—the partial skeleton, found buried in sand and surrounded by shreds of pink jogging pants, turned out to be Patricia Partin. While we don’t know what happened to her, suicide is the leading theory. She is (to date) the only one of the Tensegrity women whose remains have been found. 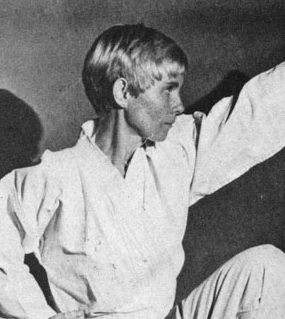 Florinda Donner, who came into the world as Regine Thal, also met Castaneda at UCLA, where she was studying anthropology. Although she advanced to candidacy, she quit graduate study in 1977 and went to live with Castaneda. Five years later she published a book called Shabono: A Visit to a Remote and Magical World in the South American Rain Forest. This book was about the Yanomami Indians of the Amazon region. In this book she hinted—but did not seem to have claimed specifically—that she lived among them. When that claim was debunked in 1983, and it came out she’d cobbled together her account of the Yanomami from various other sources, the book was reclassified as fiction. Donner-Grau published two more books on sorcery and witchcraft, one in 1985 and another in 1992.

Florinda Donner-Grau was last seen on April 28, 1998, the day after Carlos Castaneda’s death. No trace of her has ever been found. 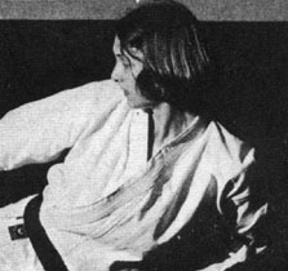 Maryann Simko, like the others, also studied at UCLA in the ‘70s, but unlike most of them she completed her degree, gaining a Ph.D. in anthropology. She changed her name to Taisha Abelar and moved in with Castaneda when he first purchased his compound on Pandora Avenue in Westwood, a neighborhood in Los Angeles. She was a devotee of karate—as were some of the others—and Tensegrity borrows heavily from some martial arts and tai-chi traditions, which might be the influence of Abelar.

Taisha Abelar claimed that she had met Castaneda’s mythical Don Juan in person and lived with him in a house in Mexico. She evidently became quite depressed during Castaneda’s last illness (according to the guru’s principles, people who followed his teachings weren’t supposed to get sick). There are reports of her drinking heavily in the final days. She too vanished the day after Castaneda died.

Unlike the other women, comparatively little is known about Kylie Lundahl. She was supposedly originally from Norway and at some point became an associate of Castaneda and a Tensegrity instructor. She was named as a beneficiary in Castaneda’s will, signed just before his death.

Kylie Lundahl vanished on the day following Castaneda’s death, as with the others. No other details of her disappearance appear to be available.

Shockingly, Amalia Marquez is the only one of the Tensegrity women whose disappearance was actively investigated by law enforcement. She is the only one who has a case file on the Charley Project (which started me down this road). It has this to say:

Marquez was last seen in Los Angeles, California during April 1998, three days prior to her forty-third birthday. She has never been heard from again. Marquez was the president of ClearGreen Inc. prior to her disappearance; ClearGreen followed the teachings of the author/guru Carlos Castaneda and led seminars based off his methods.

Castaneda died of liver cancer on April 27, 1998, but his death was not made public until June. April 1998 was the same month Marquez and did four of his other disciples disappeared. All of their telephone numbers were reportedly disconnected on the same day. The other individuals' photographs and information are unavailable. It's unclear whether they were ever found.

As we have seen, there are some photographs and information available; and one of the women, Partin, was found. Aside from that this is an accurate capsule summary of Marquez’s disappearance.

Amalia Marin was born in Puerto Rico, became active in business and eventually followed Castaneda, changing her name to Amalia Marquez. She was the businesswoman of the group and was, as Charley Project states, the president of the company pushing Tensegrity.

After Marquez vanished following Castaneda’s death, the authorities would not investigate, for whatever reason. But Marquez’s family kept pushing. After the skeleton of Patricia Partin was identified in 2006, the Los Angeles Police Department finally opened a file—after Amalia Marquez’s trail was cold for eight years. Marquez’s family has raised questions about how serious the LAPD has been in pursuing the investigation. It appears they haven’t even questioned anyone connected with Cleargreen, the for-profit entity that continues to offer Tensegrity-related workshops for sale to the general public.

What happened to the Tensegrity women? The bones of Patricia Partin provide the most useful clue. Although a definite cause of her demise couldn’t be determined, they don’t call the place her bones were found Death Valley for nothing. Probably she died a cold and lonely death, shivering in the desert, or perhaps she was attacked by an animal. We’ll never know.

And the others? Some believe they’re still alive. Personally I’m not so sure. Why would Patricia Partin drive off into the desert, more likely than not with the expectation that she wouldn’t come out alive, and the others wouldn’t? Nevertheless, no remains other than Partin’s have been found. Officially ClearGreen won’t comment on the women’s disappearances other than to say—not to state the obvious—that “they are not going to appear personally at the [Tensegrity] workshops.” Well, yeah, tell us something we don’t already know.

While suicide is not as common with new religious movements as obsessive rehashing of Jonestown and Heaven’s Gate would suggest, it does sometimes happen. There’s a difference here, however—the followers of Jonestown and Heaven’s Gate committed suicide with the leaders of their sect, who in both cases initiated the tragedy through their teachings. Carlos Castaneda died of an illness, not suicide or violence, and, if he commanded his close associates to do something after his death, we don’t know about it.

Although the suicide theory makes sense, there are other possible explanations too. Castaneda’s writings emphasized spirits and visions, often in the desert. Maybe Patricia Partin and the other women took off into the desert not with the intent to die, but hoping to contact his spirit or see some sort of vision. Maybe only Partin went to the desert and the others went off to other places. And yes, it is possible they’re still alive—“erasing personal history” was a tenet of Castaneda’s belief system, and all of these women doubtlessly knew how to do it. Flying “under the radar” might even be easier for them than other missing persons because it seems the authorities are not eager to find out what happened to them. So, it is possible.

Maybe someday a bone or a skull will be found in the California desert, or a now-elderly person with a name we haven’t heard of before will come forward and declare that she is one of the missing Tensegrity women. Until that day, we’re left with a very unusual mystery.

There is a great article from Salon.com about the Castaneda phenomenon and the disappearances, here. Also, a website called SustainedAction,org is dedicated to educating the public about Castaneda, and it includes much information on the disappearances.

Most of the images in this article are taken from SustainedAction.org. The images of Taisha Abelar and Florinda Donner-Grau originally ran in Samurai Magazine in November 1974. The image of Patricia Partin is a frame enlargement from a video taken in the 1990s and wound up on Wikipedia. Although I'm not sure of the copyright status of these pictures, I believe my use of them here constitutes fair use.