Civilizers or conquerors? The first missionaries to Hawaii. 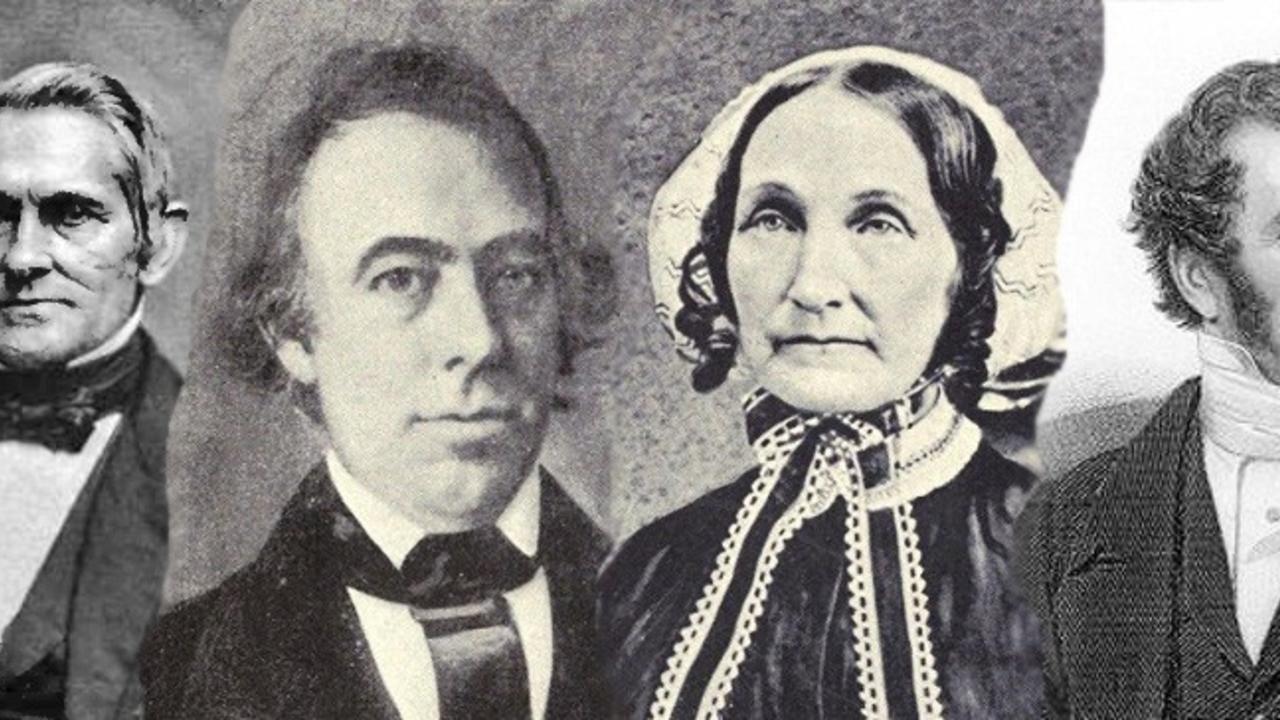 The rather dour-looking faces you see at the top of this article are regarded in many ways as the "pioneers" of Hawaii. They were among the very first Europeans (or people of European stock) to take up residence in the Hawaiian Islands, and they were, predictably, missionaries. The role of Christian missionaries in the post-contact history of Hawaii is quite controversial. Many modern Hawaiians trace their lineage back to these pioneers. Others regard them, not as angels of mercy or civilizers, but conquerors, the foot soldiers of European/American subjugation of an indigenous people. Both views have merit.

The first missionaries to arrive in Hawaii were a group of Americans, who sailed aboard a ship called the Thaddeus and arrived on March 30, 1820. Among them were Hiram Bingham, his wife Sybil, and Asa and Lucy Thurston. They'd been sent by the American Board of Commissioners for Foreign Missions headquartered in New England. The missionaries brought a staunch New England Protestantism to the islands as well as instilling market values and trying to change indigenous Hawaiian society to what they thought was a more acceptable "Christian" way of life. The Binghams in particular were highly critical of traditional Hawaiian ways, but despite this, they became friends with the ruling families of Hawaii, some of whom began to convert to Christianity in the 1820s and 1830s. Bingham founded the Kawaiaha'o Church in Honolulu in 1836, at which Hawaiian kings, including Kamehameha III, worshiped. It's today regarded as sort of the "St. Peter's Basilica" of Hawaii (minus the Catholic connotations, of course).

The Thaddeus missionaries arrived at the moment of maximum vulnerability for Hawaiian society. Just a few months before, in 1819, the long-standing political and social system that governed the islands, the kapu (or tabu) system, was broken by a group of energetic female heirs of the deceased king, Kamehameha I. Hawaiian religion and culture was in flux. From the standpoint of the native Hawaiians, the missionaries couldn't have come ashore at a worse time.

More missionaries quickly followed the Thaddeus group. The next missionary ship to arrive was the Prince Regent in the spring of 1822, bringing William Ellis, the first British missionary to reach Hawaii. Other mission ships would follow in the next few years, and their passengers busied themselves in Hawaii building churches, starting schools and proselytizing heavily, sort of a 19th century sectarian version of the Peace Corps. Like Peace Corps volunteers, most missionaries eventually went home, but a few, like William Richards and Lorrin Andrews, would spend the rest of their lives there. After their deaths their descendants formed the cultural and political elite of Hawaii--at least among white Hawaiians, of whom there were very few in the early years. 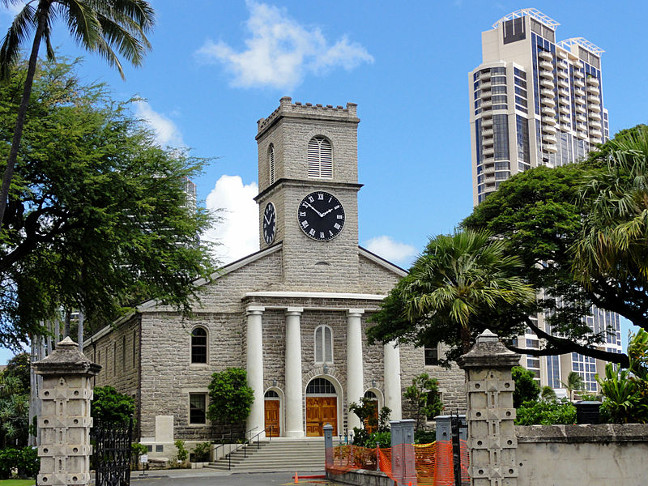 Kawaiaha'o Church, founded by Hiram Bingham, is still standing today. It was one of the very first buildings to be put on the National Register of Historic Places in 1966.

Despite their zeal for converting Hawaiians and "civilizing" this "savage" land, the missionaries did protect the people of the islands. By the mid 1820s Hawaii was a favorite destination for whaling ships. Becoming a sailors' port of call had devastating consequences for Hawaii, both culturally and environmentally. Missionaries often came into conflict with whalers, who would sail into ports like Honolulu or Lahaina and expect the Hawaiian women to service them sexually. Missionary William Richards was threatened by a British captain in 1825 for trying to protect local peoples from these indignities. Missionaries were also instrumental in facilitating communication between the English and Hawaiian languages. Many missionaries attempted to learn Hawaiian for the principal purpose of translating the Bible into that language, but it also meant that Hawaiian texts could be written down and become intelligible to Western scholarship.

The problem with missionaries, though, particularly in the 19th century, is that they were usually a route to more direct conquest. Missionaries and their families tended to feel that their home countries' governments had a duty to protect them--sometimes from local people, but more often from pirates, raiders or other countries. This happened time and time again in Africa, where the presence of British missionaries ultimately led to the presence of British military installations and finally outright annexation as British colonies. It happened in Hawaii too, although there was some question whether the empire that eventually swallowed up the islands would be flying the stars and stripes of the United States or the rising sun of Japan. Only 78 years after the first American missionaries set foot on Hawaiian soil, Hawaii was an American territory, essentially a colony.

Is it fair to blame missionaries and their (mostly) good-hearted intentions for the unintended consequences that follow from their contact with first peoples? That's a very big question in history and one that remains open. Whether or not the Binghams, Thurstons and Richardses who came to Hawaii intended to "conquer" it--for Christ or something else--one thing is undeniable: they certainly changed it.

The image of Kawaiaha'o Church was taken by Cristo Vlahos and is used/relicensed under the Creative Commons 3.0 (Attribution) license.