A salute to Michael Collins: the guy who didn't walk on the Moon. 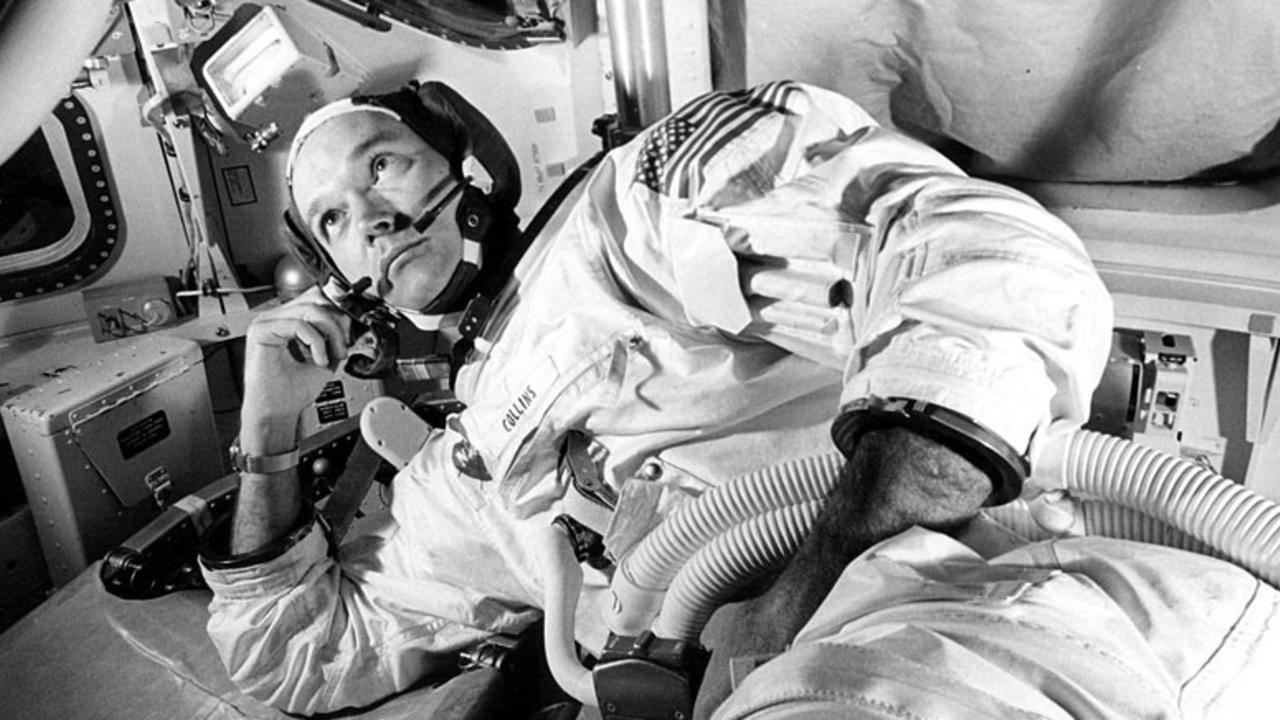 As I'm sure you're aware with all the commemorations, today is the 50th anniversary of the landing of Apollo 11 on the Moon, arguably one of the finest achievements in human history. I'm sure everyone reading this now has seen the proud photos of Neil Armstrong and Buzz Aldrin standing on the lunar surface, setting up the flag and such. Armstrong, who died in 2012, and Aldrin, who is still alive (and on Twitter!), are justifiably famous for this achievement. But Apollo 11 was a three-man mission, and the guy who had to stay behind up in the Command Module--and who did not get to walk on the Moon--deserves just as much recognition.

His name is Michael Collins. He's now 89, and was living in North Carolina at least up until 2014. Collins was born in Rome, Italy--an American citizen, but one of the few foreign-born astronauts--and went to West Point in 1948. Although he served during the Korean War era he was never stationed in Korea, unlike many of the Apollo astronauts who were fighter pilots in that conflict. After serving as a test pilot he was chosen as an astronaut in 1963. Five years later he was slated to be the Command Module Pilot on Apollo 8, the first mission to orbit the Moon, but a medical problem caused him to switch assignments with Jim Lovell (later of Apollo 13 fame). Thus in late 1968 he was scheduled to be the third man on what would be the first manned landing flight. 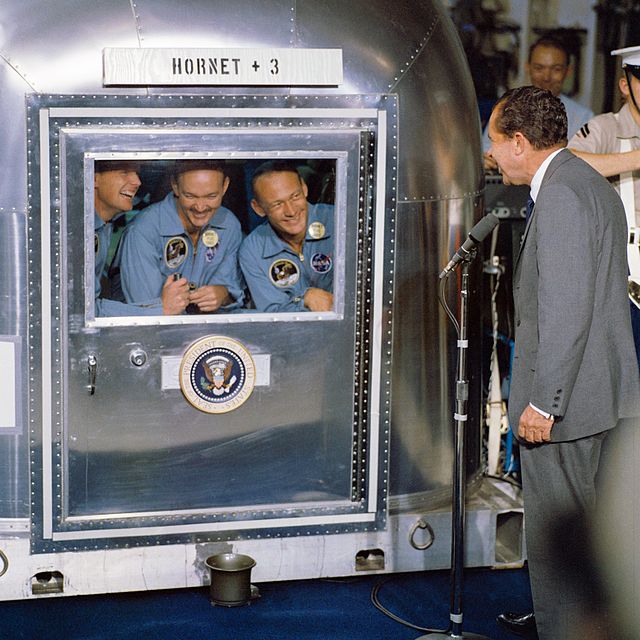 President Nixon interviews the returned Apollo 11 astronauts after their landing. Collins is in the center of the window.

You might think Collins resented being "left behind," his job on the historic mission being to fly the Command Module around the Moon while Armstrong and Aldrin got all the glory by landing on it. Nothing could be farther from the truth. Collins always regarded his role in Apollo 11 as crucially important as that of the other astronauts, and he's right. Somebody had to stay behind; the crucial maneuver of the mission was the re-docking of the Lunar Module with the Command Module, and only Collins could fly it into position to recover his friends. Collins's training was arguably more extensive than that of Armstrong and Aldrin, and he often trained in simulators without them being present.

While Armstrong and Aldrin were down on the lunar surface, walking around, taking rock samples, talking to Richard Nixon and generally making history, Collins was arguably the loneliest member of the human race. Yet in his memoirs he said he never felt lonely, not even during the 48 minutes of each lunar orbit where he was out of contact with both the descent astronauts and Mission Control. This would have to be the most contemplative and awe-inspiring experience a human being could have. Whatever went through Michael Collins's head during those times, he's shared some of it in his memoirs, but the essence of that experience must necessarily be extremely personal. It's really amazing to think about.

It's also sobering to consider what might have happened if something went wrong down below--which it could have. While in the Lunar Module, Buzz Aldrin broke a switch that was required for igniting the ascent stage and re-docking with Collins. They were able to fix the switch, but had they not, or if some other disaster befell them, Collins would have had to fly the spaceship back to Earth alone--burdened with the grief and shame of being the sole survivor of a doomed mission. What would that have been like?

Fortunately that didn't happen, and for his part Collins flew a perfect mission. There were no major glitches on the spacecraft during the trip back to Earth. Columbia, the Command Module piloted by Collins, splashed down near Johnson Atoll in the central Pacific on July 24, 1969. The name Neil Armstrong has now joined Leif Ericson, Vasco de Gama and Ferdinand Magellan as one of the great explorers of history. Less known is the name Michael Collins, but can you name Leif Ericson's navigator, or the guy who steered Magellan's ship? 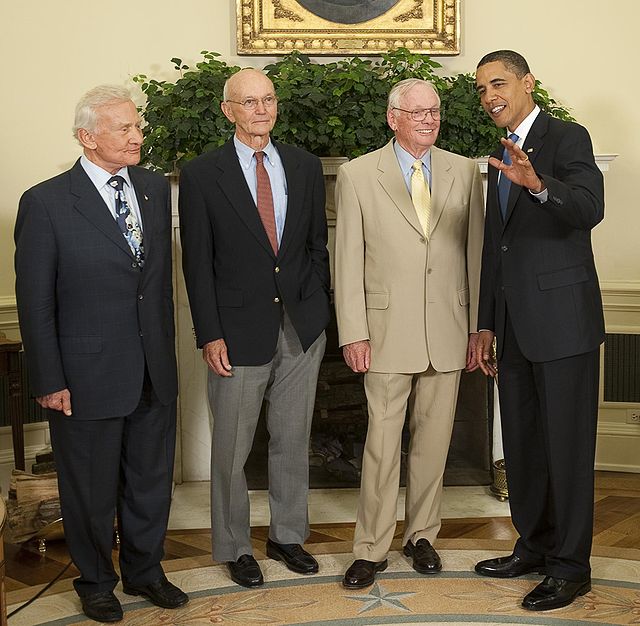 Michael Collins, again at center, together with his former crewmates receiving an award from President Obama in 2009.

After his return from the Moon, Collins, like almost all the people who went to the Moon, had a hard time topping that experience. He served for a while in government, and ran the National Air and Space Museum in the 1970s. In 1985 he formed an aerospace company. More like Armstrong than Aldrin in this regard, Collins has generally been reclusive, though he did appear at the White House in 2009 to accept an award from President Barack Obama and again in 2019 where he met with President Donald Trump. Collins's daughter, Kate, is a successful actress who appeared for many years on the soap opera All My Children, and also hosted Good Morning America--where she interviewed her famous dad.

All three of the Apollo 11 astronauts are heroes, but of all of them, I admire Collins the most. He did his job well, honorably, without complaint, and has remained remarkably humble in the 45 years since his incredible achievement. My guess is that he's a pretty cool guy to know. He didn't walk on the Moon, but he sure got us there.

All images are in the public domain so far as I am aware.